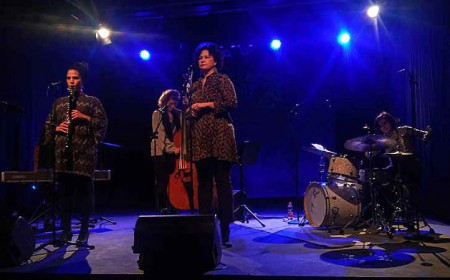 The Paseo de las Palmeras in San Pedro Alcántara will host the Jazz Funk Festival on the 2nd and 3rd of September, a proposal that celebrates its 10th edition and which will feature national and international groups. This initiative is part of the cultural programme to celebrate the twinning with the town of Arenas de San Pedro in Avila.

The Paseo de las Palmeras in San Pedro Alcántara will host the Jazz Funk Festival on 2 and 3 September, with the participation of five national and international groups.

The event is part of the cultural programme planned to celebrate the twinning with the town of Arenas de San Pedro in Avila, which will have as its main event an extraordinary plenary session on 24 September at the Trapiche de Guadaiza Cultural Centre.

The Deputy Mayor of San Pedro, Javier García, pointed out that “we have tried to ensure that the level of the bands is up to the level of the spectacle we want to offer, without forgetting to promote musicians from our area, who make up two of the groups”.

“These two days we can find genres such as soul, pop, jazz, funk and blues,” said García, who stressed that the festival, now in its tenth year, “has already accumulated an important trajectory based on quality” and invited residents and visitors to enjoy the music over the two days.

In this sense, the general director of Culture of San Pedro, José Antonio Moreno, said that “it is a different bet to the offer of the city” and has detailed that the initiative will be free.

For her part, the president of the Jazz Funk Association, Mirna Aguilera, who was accompanied by the treasurer, Eugenia Guerrero, and one of the members of the sampedreña band ‘The Groovin’ Kamikazes’, Emilio Márquez, thanked the institutional collaboration and stressed “the importance of the international leap we are making this year” with the participation of artists from other countries.

Specifically, on Friday, 2 September, Alessia Desogus will perform, an Italian actress and singer, resident in Granada, who in her career has interpreted from the most orthodox jazz to cabaret. The Agapornis, from Cádiz, who are committed to funk and soul and who already have several albums under their belt, will complete the line-up for that day.

On Saturday, the 3rd of September, it will be the turn of ‘Wasabi Cru’, a band from Malaga that fuses styles of funk, R&B, neo-soul, soul and jazz; ‘The Groovin’ Kamikazes’, a soul funk group with a touch of the most traditional funk, and Lehmanns Brothers, French musicians who offer seventies funk rhythms, jazz chords, touches of hip hop and influences of James Browm, Jamiroquai and The Roots.